‘OFF TO MASSACHUSETTS’…WITH LITTLE WOMEN

The all-star cast of the movie – which will be released in December 2019 – includes Meryl Streep, Saoirse Ronan, Emma Watson, Timothée Chalamet, Laura Dern and James Norton 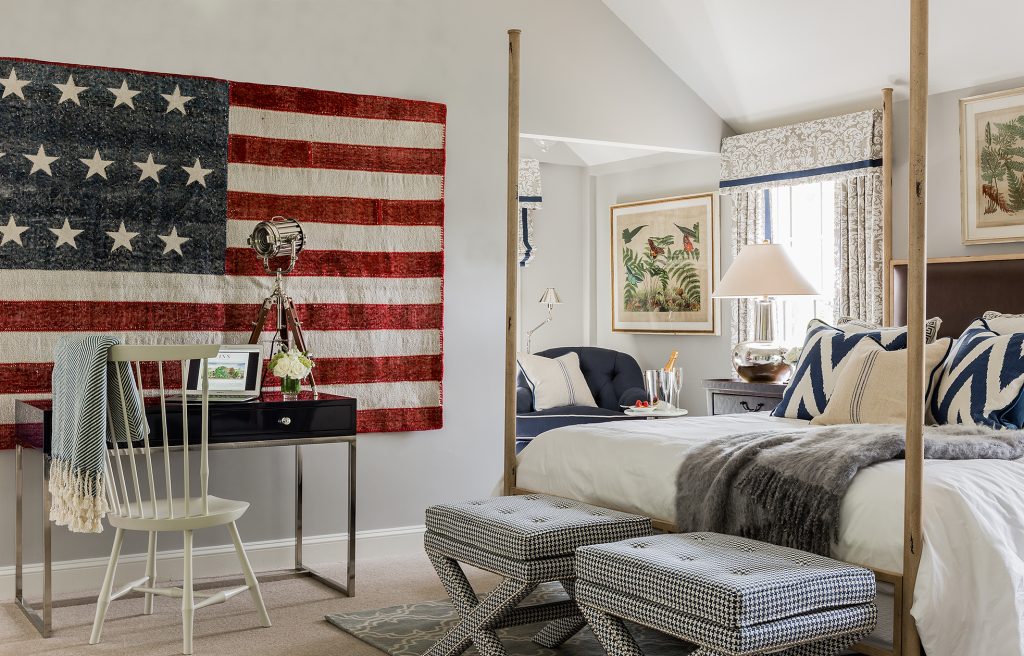 Based on the acclaimed novel by American author Louisa May Alcott – originally published in 1868, and subsequently turned into an extremely popular Broadway musical and several TV interpretations – a new adaptation of Little Women will be back on the silver screen in December 2019.  Directed by American actress and producer, Greta Gerwig, the much-anticipated movie follows the journey of the four March sisters in Massachusetts, East Coast USA in the 1860s.  Inspired by the upcoming release of the newest incarnation of the film, culture vultures and history buffs will delight in following in the footsteps of the March girls, and be transported back in time on a journey through Boston, Lexington and Rhode Island…

FIRST STOP: BOSTON – ONE OF THE OLDEST CITIES IN THE UNITED STATES

As a central set in the upcoming movie, the trip kicks off by flying into Boston, capital of Massachusetts and one of the oldest cities in America.  Discerning travellers should stay at Taj Boston, one of the most iconic and longstanding hotels in the city, which has occupied Boston’s most prestigious address at the corner of Arlington and Newbury Streets for 92 years.  Opened in 1927 by the industrious Wyner family as an original landmark hotel filled with history, it has remained in continuous operation to the present day and is renowned for its classic style and award-winning service.  Taj Hotels arrived in Boston in 2007 and, since then, the hotel has assumed a unique identity of its own – drawing simultaneously from its Boston roots and the hospitality traditions of the esteemed Taj brand.  Ideally located overlooking the picturesque Public Garden, guests are just a stone’s throw away from some of the most important backdrops referenced throughout Little Women.  The best way to discover Boston in all its glory, as well as the incredible locations where the movie was filmed, is through a guided bike tour.  Led by a knowledgeable guide, tours take in some of Boston’s most important sights such as the State House, Boston Public Library, Trinity Church and Boston Common, and also the Arnold Arboretum of Harvard University, where the ‘Paris Carriage Ride’ scene of the 2019 movie was filmed.

NEXT UP: LEXINGTON & CONCORD – KNOWN AS THE ‘BIRTHPLACE OF AMERICAN LIBERTY’

Just 15 miles outside of Boston, next on the itinerary calls for a stop in Lexington, staying at The Inn at Hastings Park.  This is one of the most acclaimed historic hotels in the region, which recently joined the Ocean House Management (OHM) Collection of prestigious properties, now counting the iconic Ocean House, Watch Hill and Weekapaug Inn and Watch Hill Inn in Westerly, Rhode Island as sister properties.  Historians, note: Lexington is considered by purists as the ‘birthplace of American Liberty’ as it was the first battle site in the American Revolutionary War.  It also serves as an ideal base to explore Concord, which is a mere 7 miles away.  Concord played a big part in Little Women, as it is where the central plot is set and where author Louisa May Alcott lived.  As the only hotel in the Boston metropolitan area to be part of elite international association, Relais & Châteaux, The Inn at Hastings Park provides the perfect stopover.  The history-steeped property is comprised of three thoughtfully-restored antique buildings – The Main House, the Isaac Mulliken House and the Barn.  Beautiful interiors compliment the rich architecture, while providing every modern sensibility.  The inn’s public areas and 22 guestrooms are unique in layout and design, with clever décor, use of colour, designer wallpapers and architectural elements.  Guests enjoy spaces that reflect history, character, comfort and luxury throughout.  Encouraging those who wish to deepen their knowledge of Little Women and American history while in the area, The Inn at Hastings Park will add a resident historian on staff, paying homage to the many historical landmarks that are within footsteps of the property. Visitors can easily explore Concord by foot and immerse themselves in the environment of the March sisters, or stroll around Lexington and walk the path that Paul Revere and William Dawes followed on their Midnight Ride to the nearby Hancock-Clark House, where John Hancock and Samuel Adams bunked.  The Battle Green, where the first battle of the Revolutionary War took place, is just one block from The Inn.  Other local activities include The Liberty Ride, a trolley service that leaves from the Lexington Visitor Centre, and various tours narrated by costumed guides.  The Minute Man Bikeway, an 11-mile rail trial, is another popular nearby attraction.  The Inn serves as a wonderful destination along the trail and provides complimentary bikes for overnight guests.

After days filled with retracing history and soaking in culture, it’s time to enjoy some down time.  Part of Ocean House Management Collection, the all-American Weekapaug Inn overlooks the scenic shores of Quonochontaug Pond and offers quintessentially New England accommodation in the most serene, relaxed setting.  The history-rich Inn’s story began in 1899 when Frederick Buffum, a Rhode Island-born entrepreneur, and his wife opened a small inn.  Sensing the appeal of the Weekapaug beach community with family values at its core, the Buffums built the Inn on a prominent spit of land between the Atlantic Ocean and salt pond that offered stunning panoramic views.  With the goal to make it a resort for families like themselves, the Buffums exuded hospitality, welcoming guests at the front door with genuine cheer and warmth.  This camaraderie, coupled with the Inn’s spectacular location and carefree family-friendly offerings of boating, swimming, sporting and socialising, quickly made Weekapaug Inn a popular destination for guests throughout the US.  The original building was damaged by the hurricane of 1938, however a recent $20 million renovation by new owners – Weekapaug resident, Lang Wheeler and Watch Hill resident, Chuck Royce – saw over 1,000 original wartime furnishings salvaged and the Inn restored to its discerning standards. Weekapaug Inn offers access to a private white-sand beach with views framed by Block Island, Montauk and the Rhode Island coastline, and there are endless daily activities on offer to keep all ages entertained.  New for the summer, the Inn will unveil The PondHouse: the ultimate waterfront pop-up dining concept.  Inspired by Louis Roederer Champagne, the innovative, exclusive ‘pond-to-Plate’ culinary experience will welcome guests for a limited time this summer, offering a new twist on farm-to-table dining.  Embracing the Inn’s low-key luxury ambiance and ties to its natural surroundings, the photogenic dining venue is rustic, yet refined.  Just steps from the pond, the private open-air, covered wooden structure is reminiscent of a grounded tree house.  The PondHouse features an interactive savoury, locally-sourced three-course menu that guests personally grill themselves on a specially designed table-top grill, with courses thoughtfully paired with the iconic Louis Roederer Champagnes. The experience begins with an educational naturalist-inspired introduction about the waterfront’s landscape and environment, local seafood and natural habitat.  Grilled ‘Quonnie Rock’ Oysters are grilled in front of and by guests with flavourful dipping sauces, such as Roederer Champagne mignonette, passion-jalapeno cocktail sauce and bacon chilli-tamarind sauce.  Local seafoods are featured throughout the menu, including scallops, shrimp and lobster. As an alternative, options from ‘the pasture’ include lamb, pork and chicken or vegetarian marinated skewers.

WHAT’S HOT IN ST. MORITZ THIS WINTER: HERE ARE FIVE REASONS TO HEAD TO SUVRETTA HOUSE FOR THE 2020 SEASON

WHAT’S HOT IN ST. MORITZ THIS WINTER: HERE ARE FIVE REASONS TO HEAD TO SUVRETTA HOUSE FOR THE 2020 SEASON

WHAT’S HOT IN ST. MORITZ THIS WINTER: HERE ARE FIVE REASONS TO HEAD TO SUVRETTA HOUSE FOR THE 2019/20 SEASON

This winter season in St. Moritz will bring a full programme of winter sports and events, from the glamorous Snow Polo World Cup and a Gourmet Food festival to bobsledding down the famed Cresta Run

For the first time ever, the Singita Boutique & Gallery will be available for non-guests all over the world

The contemporary Mediterranean hotel will re-open in February 2020 following a €4 million transformation which will see the renovation of all rooms and suites, as well as Aeras Restaurant and public areas of the hotel

The property will open in AlJurf, Abu Dhabi in 2023 as the first dedicated wellness clinic in the Middle East

Since Karl Lagerfeld passed away at the beginning of the year, the legendary fashion designer’s indescribable creativity and extravagant lifestyle have touched and influenced people around the globe.